Romania – an IT Country

Since joining the EU in 2007, Romania and its economy have consistently moved towards Europe. The Romanian people have traditionally felt a strong connection with European fundamental rights and values.

Big companies from all over the world value highly qualified Romanian IT talents. According to Bill Gates, one fifth of Microsoft computer scientists are of Romanian origin. Of all European countries, Romania has won the most medals in the International Informatics and Mathematics Olympiads. Currently, over 100.000 computer scientists work in Romania, the number per capita is thus higher than in the USA, India or China.

Within the six most important universities in the country – Bucharest, Cluj-Napoca, Iasi, Brasov, Timisoara and Sibiu – almost 500,000 young people study, most of them MINT subjects (Mathematics, Informatics, Natural Science, and Technology). About 8,000 of them are students of the faculties of information technology and telecommunications. Almost all graduates speak fluently English. Other foreign languages IT talents from Romania speak: French, German, Italian and Spanish.

After numerous other legal incentives for the information and telecommunications industry, in 2015 (and updated in 2020) the government adopted a strategy for the digital agenda for Romania that focuses on:

The agenda contributes to maintaining Romania’s attractiveness in the IT field through outsourcing services, software development, support and maintenance. 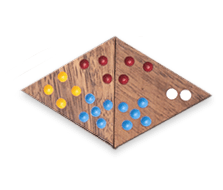